How deMorgan's Theorems Can Help Programmers

Logic is an important aspect of programming and two important theorems in logic can be a big help to programmers.

In software, logic is generally found in an if statement. This implements the idea that if some condition is true, then do something. For example,

If the user clicks a link then display that web page

And these can be more complex by using the ideas of and and or. For "x and y" both x and y must be true; likewise for "x or y" either can be true. It is just like the words in a natural language such as English.

These can be expressed visually with truth tables or Venn diagrams: 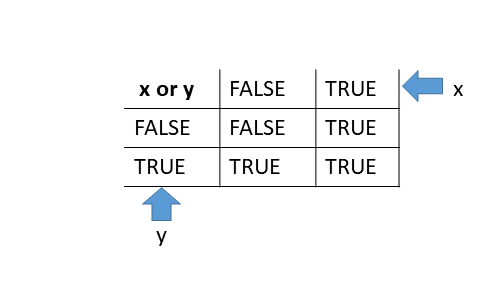 Here, the top row and left column show the inputs: the values of x and y in our example. Both have to be true for the value of and to be true. It's like the addition tables use to teach children to add. 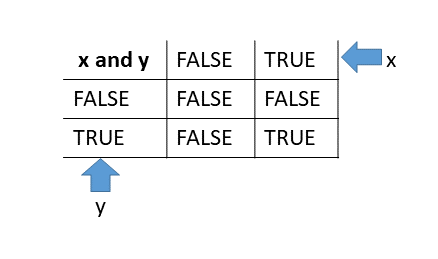 Here, the top row and left column show the inputs: the values of x and y in our example. Only one has to be true for the value of or to be true. 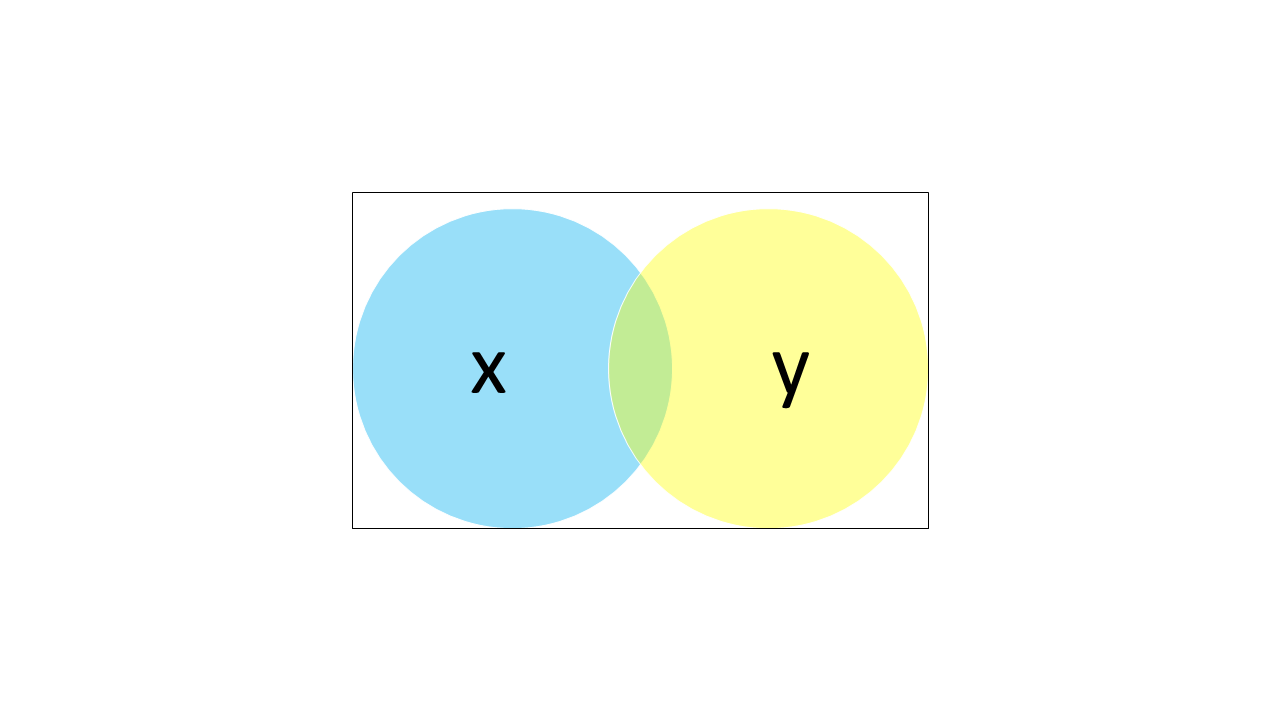 Here all the colored are is the or and the green area where the circles overlap is the and. There is an additional operation called not. If we talk about "not x" we mean everything that is not in the blue circle. That includes all the white space and all the yellow that does not overlap with the blue "x" circle.

The operators and, not and or are fairly straightforward. The issues come when we combine them.

[the parens are for grouping here]

Here are both of deMorgan's theorems: 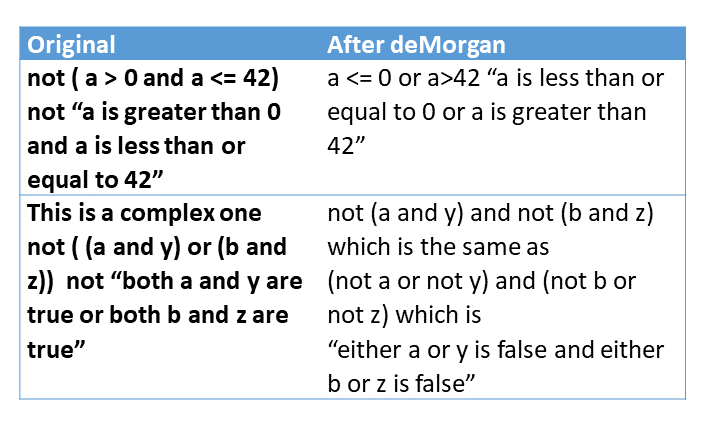 These theorems are simple yet powerful. I hope you can use them to make your code more readable!