Which Linux Training Should I Select?

Linux skills are crucial today. The Linux Foundation has found that, "as of 2017, the Linux operating system runs 90 percent of the public cloud workload."

However, running a server means getting down into the details. The Linux command line is an alphabet soup of terse commands. It really does become intuitive at some point. But, it would take far too long to get there on your own. You need to select a Linux training course.

Several years ago I was at a Learning Tree education center. It had a cooler with soft drinks. A little taller than a standard refrigerator, its glass door revealed what was on its several shelves.

Cola, diet cola, and lemon-lime? That fit on half of one shelf. I had no idea there were so many variations. Cola with and without sugar, caffeine, and added flavors. Regular and diet lemon-lime plus all the other fruit flavors. Ginger ale, root beer, and more. The bottom two shelves held seltzer water, plain and in a dozen flavors.

I knew what I wanted. But to get it, I had to step around someone who stood staring, transfixed, unable to decide.

Choice can be nice. However, too much choice becomes difficult. 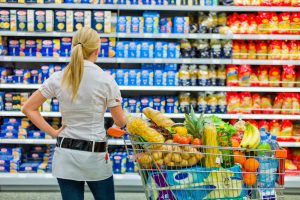 So Many Linux Courses!

Learning Tree's Linux training catalog lists many courses. It's like that glass-fronted cooler!

Let me guide you through that. First, let's divide and conquer.

Do you want to work with Linux systems, either programming or managing servers? Or are you looking to pass a certification exam?

I don't mean to belittle certifications! However, learning how to design, build, and run servers is very different from learning how to pass a certification exam. Also, studying to certify depends on how much background you already have. If that's "Little to none", then you need to start with the user-level "doing" background.

Whew. I'm feeling like that student staring into the cooler...

While it has more course titles, the certification side is the easier part to explain. Those courses prepare you for tests from CompTIA, Microsoft, and Red Hat.

That's an easy answer. Get what you need!

People I've worked with haven't seen a lot of formal requirements for Linux certification. At least not yet, anyway.

However, formal requirements for CompTIA Security+ are expanding from DoD into other areas of federal government. CompTIA Linux+ may become a requirement before long. Not as broadly as Security+ within DoD! But, for people running the servers. The CompTIA Linux+ test-prep course is number 2045.

CompTIA certifications are pretty entry-level. But, they are broadly recognized across industry.

By the way, the Linux+ exam originated with someone else. CompTIA didn't write it, they just took it over. That will be a relief for people who have struggled with CompTIA's quirky Security+ exam.

Finally, there is the large collection of Red Hat courses listed in Learning Tree's catalog. They feature a multi-course sequence on server administration. They also include specializations, including two courses on storage and one on containers.

If you need the RHCE or Red Hat Certified Engineer ticket, this would be the way to get it. Just be ready to spend a lot of time and quite a bit of money. It would require a series of courses plus lots of keyboard time on your own.

At least among the people I talk to, RHCE looks great on a resume. If you can get your employer to pay for it, RHCE could be a boon for you whether you stay there or look for another job.

However, government agencies and corporations aren't generally required to have staff with RHCE. Companies may say they want RHCE holders, but that's an internal criteria. It isn't formal compliance.