"I Can't Get Anyone to Use It": A Corporate Training Tale

I took a business trip recently that I found especially useful, as you might hope for when flying across the country to attend a learning conference. While the sessions and formal discussions were great, it was the human interaction in between that I found the most compelling.

Side note: With my off-conference time I believe I managed to have the most un-Vegas-like experience anyone has ever had in Vegas. But that's another story for another time and another blog.

At breakfast on the final morning of the conference, I was sitting at a full table of eight people when the slightly awkward, icebreaking chit-chat began: So... have you enjoyed the conference so far? Where's home for you? Is this your first time here? As the conversation went on and the plates were cleared and coffee refilled, it became clear that everyone else at the table hailed from companies that focused primarily on eLearning with some need for instructor-led training, while I represented the opposite end of that spectrum. Nonetheless, here were eight people from eight parts of the world whose companies had eight unique approaches to handling training - with infinite combinations of content creation and delivery. 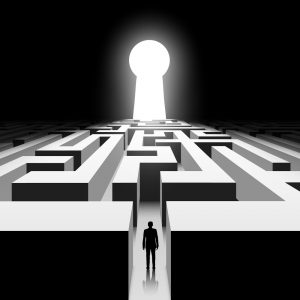 As my new friends are describing their internal configurations, I'm sure my envy was obvious. Many of them are describing what I had considered ideal circumstances. Then someone admitted, "I can't get anyone to use it." One-by-one everyone started to agree. Unbelievable, right? These people work for companies who have poured all this money - sometimes millions of dollars - into platforms and content and they can't get anyone to complete their training. Many of their users never even log in to even see the litany of information that is literally at their fingertips.

We all know that training people is a corporate and cultural imperative. But its extreme importance alone is clearly not enough. This situation is common and the reality expressed in this conversation has been validated through research and in many discussions since then. Of course, as with any data, there are outliers, but companies relying mostly on on-demand training are generally not finding the success they hoped for. Unfortunately, it is also not practical for most companies to rely solely or even mostly on instructor-led training either. People don't complete self-paced training because they don't have time to. When they do, most lack the discipline to follow it exactly. Instructor-led training is losing steam because many companies feel they can't afford to lose a single person for any number of business days - let alone an entire team. Ask them to do this several times a year?! Not a chance.

The answer to our collective woes must lie somewhere in the middle. Exactly where is unique to each organization. Even more specifically, it will vary by department and topic. But still, it really depends on the individual. Now multiply this level of needed care to every person in the company. Whoa! The task is certainly a daunting one to anyone in Learning and Development. Therefore, testing out new concepts and tactics is incredibly important. The training industry and L&D community are actively testing and finding pockets of success every day. But it's safe to say that no one has it right just yet. 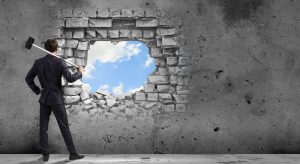 Valiant attempts are being made all the time to soften the blow. One of my more liberal companions at the conference breakfast shared, "We gave students certain modules on-demand, then had them meet for just a few hours each week to work through the concepts together with an instructor. Where it was more practical, another group met for an in-class introduction to the topic then everyone went away to finish prescribed modules by the end of the month." These are both great ideas that companies can employ to reduce the cost of training and blend multiple modes of learning, thus catering better to different learning styles. How progressive, right? A few companies that may not have otherwise had success with a "traditional method" may find it in a "blended" approach like one of these. While it's certainly closer to hitting the mark, evidence is showing us that this type of blending isn't the cure-all solution either. How did that progressive story end according to my breakfast buddy? They reported, "In each instance not everyone actually showed up for their scheduled sessions. Of those who did, not everyone had completed what they were supposed to."

There are certainly a lot of fantastic learning models out there that would (and sometimes do!) find success when ideal, uninterrupted circumstances exist. Unfortunately, the speed of business doesn't often allow for those circumstances. The target is moving and the individuals holding it are changing all the time. To complicate things further, even if it happens to get hit dead-center, the next time the target will probably be in a different spot involving new people. Rinse and repeat. While decades ago that might have meant another macro- or micro-level training event, again, that is not always practical for organizations or their learners today.

So what do we do about it? I'm happy to say that Learning Tree is trying something different with its approach to blending learning.

Learning Tree is the premier global provider of learning solutions to support organizations’ use of technology and effective business practices. For more than 45 years, Learning Tree has helped more than 65,000 organizations and 3 million individuals develop careers, while improving competence, and culture around the world.