4 Reasons Why Python is a Great Language to Learn

[:en]Python is one of the fastest growing programming languages on the planet. It's has such a huge range of applications that it's arguably one of a number of tools redefining how we understand technical skills in the workplace - it's helping to blur the line between tech professionals and other established managerial roles. 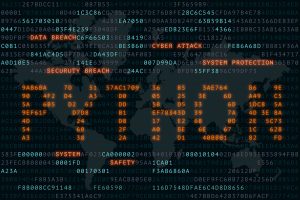 Here are 4 key reasons why your team should learn Python:

1. It's actually pretty easy to learn

When it comes to programming there's a lot to learn. That's a considerable pain point for many people working in and around software - it's not so much that learning skills is hard, it's knowing which skills to learn. One of the great things about Python is that it's learning curve is relatively gently, which means your team members won't feel like they're wasting their time on a mammoth learning project.

Learning something you can't get to grips with is, of course, not only a time sink but also a source of real frustration. And in an environment where employees are already feeling the pressure to deliver, you don't want to add to any stress they might already be feeling. Learning a language like Python is not only valuable, it can also feel pretty empowering as you start to discover exactly what you can do with it.

2. Python is the language of data science and machine learning

Organizations often talk about a 'data-driven culture' but all too often the skills, support or leadership aren't in place to actually cultivate that culture.

Python might well be a small but important piece in the cultural puzzle, allowing engineers, analysts and product and marketing leaders to take full ownership of the way data is used.

Arguably, Python has played a big part in making machine learning - an important technique in the modern quest to harness artificial intelligence - accessible to millions of developers. Thanks to Python libraries like NumPy and scikit-learn, machine learning has moved out of the world of academia and research into businesses - where it will continue to make an impact for years to come.

3. Python is the language of modern full-stack development

Although it's true that Python is the go-to language for data analysis and data science, it's important to remember that that's not all it does.

It's also a popular language among full-stack developers. What this means in practice is that it allows your developers to expand their range of skills so they can work on both the front end (its appearance and design) and back end (the data and services) of your website or application.

The growth of full stack development isn't only driven by a demand for efficiency. It's also down to the nature of modern applications and websites which have become more dependent on a range of different APIs (application programming interface) that provide specific data and services to a given application.

Python is a language that's great for wrestling with APIs - and the nature of the modern web (in the browser and away from the browser) becomes more dependent on the arrangement and reworking of various APIs, Python is only going to become more popular.

Imagine you're a product manager or marketing manager and you want to find a way of managing customer or sales data that doesn't require you to write fiddly scripts can take a lot of time. For these roles Python is very useful - it can be used to write scripts that automate tasks might otherwise be a little frustrating.

This really brings us back to our first point - Python is actually quite an easy language to learn. It's a language that requires little prior knowledge of writing code. That's good news for everyone - it allows you to do pretty complex things in a really simple way. And, really, what else are we aiming for when we go to work?

Learning Tree is the premier global provider of learning solutions to support organizations’ use of technology and effective business practices. For more than 45 years, Learning Tree has helped more than 65,000 organizations and 3 million individuals develop careers, while improving competence, and culture around the world.