How can leaders and managers help their organizations adopt a proactive cyber security posture?

Cyber security is no longer a concern for just frontline IT managers and team members. A successful organizational cyber security program must be administered with a top-down approach.

In this on-demand webinar designed for members of the board, senior executives, and management, Learning Tree CEO Richard A. Spires helps you understand, assess, and position your organization to address cyber security threats.

Earn 1 CEU. Credits are self-reported to the industry certifying bodies. Check their respective websites for details/qualifications.

Complete and submit the form below to view the webinar. 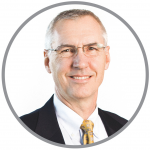 Presented by Richard A. Spires

Richard has been in the IT field for more than thirty years, with eight years in federal government service. He has served as Chief Information Officer (CIO) of the U.S. Department of Homeland Security (DHS), as well as CIO for the Internal Revenue Service (IRS). He led the IRS’s Business Systems Modernization program for two and half years, one of the largest and most complex information technology modernization efforts ever undertaken.

Login to My Learning Tree